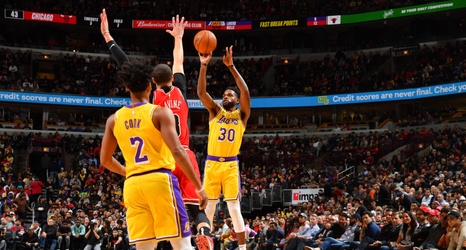 Troy Daniels was brought to the Los Angeles Lakers this past summer to provide the team with perimeter shooting. It’s something he has done his entire career and done it quite well. He is a career 40% 3-point shooter and has made a living in his career spacing the floor.

He has helped the Lakers at times, but his minutes have been so erratic. He is on a veteran’s minimum deal, so any trade value isn’t going to be through the roof. The Lakers also have enough shooting to compensate for going after someone that fills another need.