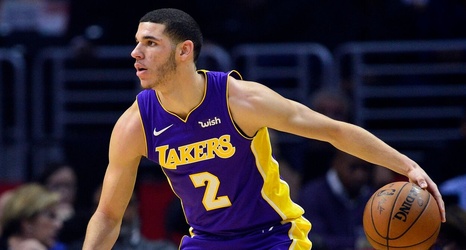 He is not yet 21 and his sophomore season in the NBA is still months away. The fanfare of being a No. 2 overall pick along with inherent expectations have faded to some extent. And while Lonzo Ball is not exactly the forgotten man, the arrival of a mythical storm god promises to send him on a journey into the unknown.

Ball played just 52 games during his rookie campaign, ultimately sidelined by a balky knee that led to arthroscopic surgery. He is the son of a famously domineering father and is now the father of his own child—daughter Zoey Christina was born to Zo and girlfriend Denise Garcia on July 22.