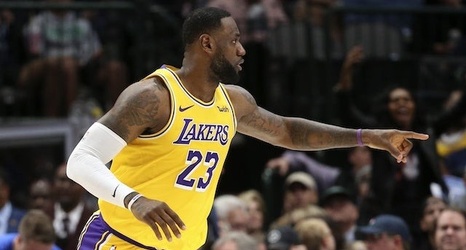 LeBron James and the Los Angeles Lakers began their three-game road trip against Luke Doncic and the Dallas Mavericks and came away with a 119-110 win in overtime.

The Lakers got off to another slow start and quickly found themselves starring at an early double-digit deficit. The Mavericks’ five-out lineup featuring Kristaps Porzingis gave them issues as the two bigs had trouble with recovering back to shooters, resulting in several good looks for the opponent.

Kyle Kuzma made his 2019-20 NBA season debut when he checked in midway through the quarter and earned his first point after drawing a foul on a drive to the basket.