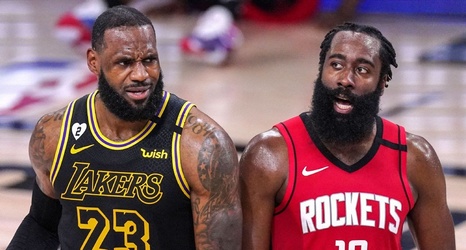 Chances are if you are a sports fan, you've seen the name James Harden trending across social media this week. Harden was traded by the Houston Rockets on Wednesday to the Brooklyn Nets in a four-team megadeal that also sent Caris LeVert to the Indiana Pacers and Victor Oladipo among others (plus a pile of draft picks) to Houston.

Someone familiar with being part of a Big Three is LeBron James, who won two NBA championships with the Miami Heat when he famously teamed up with Dwyane Wade and Chris Bosh in 2010.