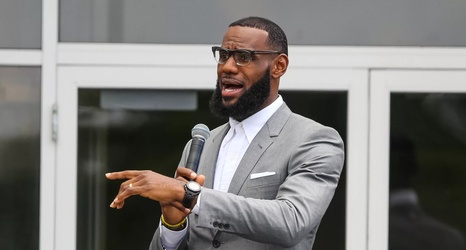 When the Los Angeles Lakers beat the Memphis Grizzlies on Tuesday, LeBron James spoke to the media after the game, as he basically always does. The difference between this session and normal times, however, is that James only received two questions about basketball. The rest of the session touched on a much more important topics, from the lack of charges for the police officers that killed Jacob Blake in Kenosha, Wisconsin — an issue James has spoken passionately about in the past as well — to the runoff senate election in Georgia.