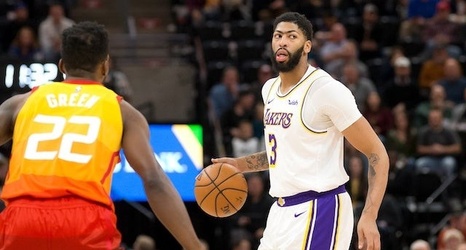 The Los Angeles Lakers put an exclamation point on their back-to-back situation as they defeated the Utah Jazz, 121-96.

The Jazz exposed the Lakers’ three-point defense early as they knocked down three of them to take the first lead, but Los Angeles quickly captured the momentum after Danny Green hit two of his own. LeBron James helped keep the pressure on Utah as he made several drives into the paint that resulted in six easy points.

Anthony Davis got off to a fast start as well as he picked on Utah’s frontcourt defenders and scored eleven points in the period.