Lakers willing to trade Russell Westbrook, but only for the right price 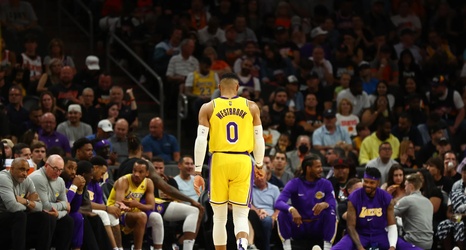 With less than two months to go before the new NBA season tip offs, the Lakers have yet to end their marriage with Russell Westbrook. Despite their best efforts in trying to move the nine-time All-Star this summer, Los Angeles hasn’t yet been able to swing a deal without needing to include both of their available future first round draft picks.

However, considering that they remain intent on acquiring Brooklyn Nets guard Kyrie Irving (who LeBron James is reportedly eagerly vouching for), it makes sense that L.A. continues to wait out the Nets’ handling of their Kevin Durant situation.