Lakers vs. Nuggets Preview: Another day, another starting lineup 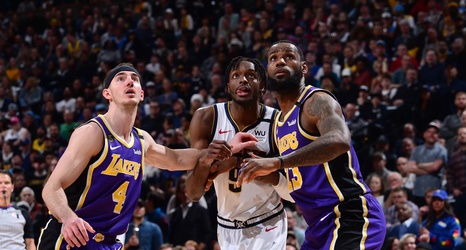 Before the NBA suspended its season in March, Lakers head coach Frank Vogel only had to change his starting lineup seven times in 63 games. Since the season restarted, he’s had to change it twice, and with Kentavious Caldwell-Pope set to miss the Lakers’ game against the Denver Nuggets on Monday due to a right foot contusion, he’ll have to change it again.

The number of injuries the Lakers have dealt with early on, in combination with the number of new players they’ve tried to integrate, has made it difficult for Vogel to build a consistent rotation.