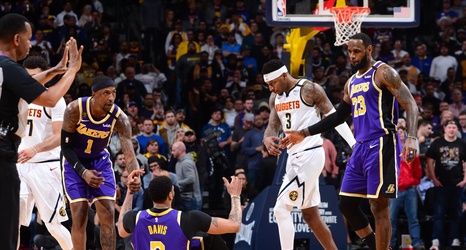 Both the Los Angeles Lakers and Denver Nuggets had to be thrilled to see the All-Star break on the other side of their bout in the Mile High City on Wednesday night. Nikola Jokic led an extremely short-handed Nuggets group against LeBron James, Anthony Davis and an obviously exhausted Lakers squad.

Neither team could’ve been all that thrilled about playing five extra minutes, but it was the Lakers who walked away with a 120-116 win.

Denver got out to a fast start and it appeared they might coast to a solid victory until the second quarter happened.