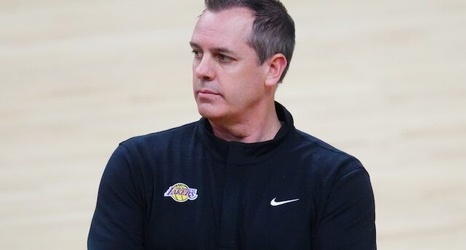 Head coach Frank Vogel’s second season with the Los Angeles Lakers did not go according to plan as he was forced to deal with several injuries to the lineup that ultimately resulted in a first-round exit.

Throughout the 2020-21 season, Vogel’s rotations varied on a nightly basis depending on who was available, the most difficult adjustments being when LeBron James and Anthony Davis were both out. However, he still managed to keep the Lakers atop the defensive efficiency rankings and that in of itself is a massive accomplishment.

Vogel is entering the last year of the three-year deal he originally signed when he agreed to join Los Angeles, and although vice president of basketball operations Rob Pelinka has called him a part of their future, there has been no sign of an extension yet.