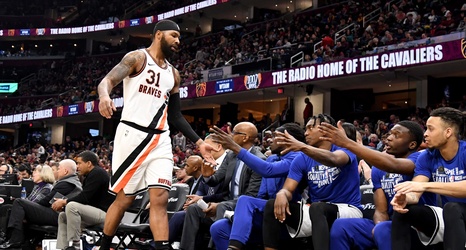 While the NBA Trade Deadline has passed, there have still been Lakers rumors about reported deals that were offered prior to the deadline.

For the Lakers, most the deadline day talks were with the New York Knicks about Marcus Morris. Thanks to a great first half of the season, Morris was one of the best players available at the trade deadline, and the Knicks had the two teams from Los Angeles in a bidding war for him.

While there were multiple reports of what was offered by the Lakers to the Knicks, Brad Turner of the Los Angeles Times reported what he heard about the deals.