Lakers Rumor Roundup: No one wants Russell Westbrook, and L.A. may not want John Wall, either 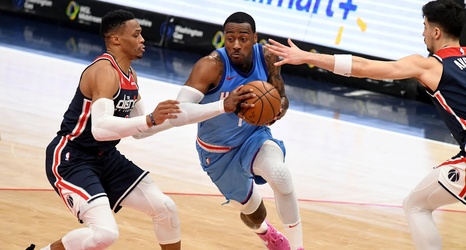 At the NBA trade deadline in February, the Lakers stood pat on moving Russell Westbrook to Houston — or anywhere else — for John Wall in a deal that was rumored to have multiple variations to it. The basis of it centered on the unwanted contracts of Westbrook and Wall for their respective teams, but the added compensation from either side could not be agreed upon, and the Lakers ultimately balked at pulling the trigger.

But given the nature of the contracts of both players, it’s a trade that will certainly be talked about in the coming weeks and months heading into the offseason.