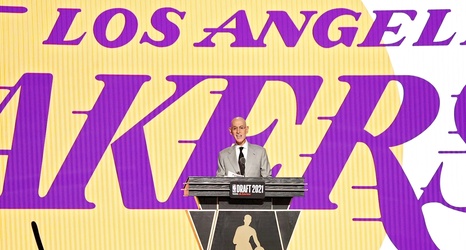 The Lakers may finally be leaning into some of their strengths as a franchise.

As of now, the Lakers do not have any picks in the upcoming NBA draft next month after having dealt their first round pick in the Anthony Davis trade and their second round pick in the trade to offload Moritz Wagner, Isaac Bonga and Jemerrio Jones in 2019. However, that doesn’t mean they won’t draft anyone come the draft on June 23.

The Lakers, like any other team, could buy their way into the draft and appear willing and interested in doing so.