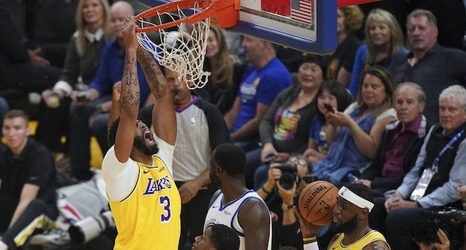 After a long 2019 NBA offseason, the Los Angeles Lakers are finally back on the basketball court.

The 2019-20 team that has been built around LeBron James and Anthony Davis has the potential to be one of the best teams in the league, and they showed why in their 2019 NBA preseason debut against the Golden State Warriors.

On this episode of the Lakers Nation Podcast, host Trevor Lane is joined by Allen Sliwa of ESPN to break down the game as well as preview what will come next for the purple and gold. First and foremost, they were impressed by the defensive tone that was set early on by the Lakers.