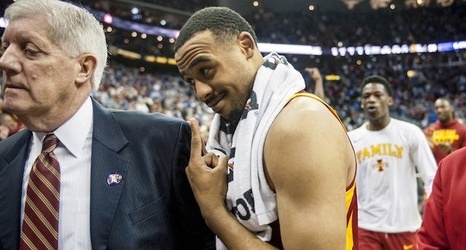 In dealing for Anthony Davis from the New Orleans Pelicans, the Los Angeles Lakers gave away their first round pick in the 2019 NBA Draft.

However, they were determined to get some talent and would ultimately purchase the No. 46 pick from the Orlando Magic and select Talen Horton-Tucker.

Horton-Tucker was a very intriguing prospect because of his unusual measurables and skillset. Though he is only 6’4″, he has a 7’1″ wingspan and is capable of creating shots for himself and others as well as guard multiple positions. He was also the youngest college prospect in the 2019 NBA Draft, so he seems to be a player with a ton of potential.