Lakers News: Magic Johnson ‘So Proud’ Of Jeanie Buss, Plans On Speaking To Her And Rob Pelinka Face-To-Face 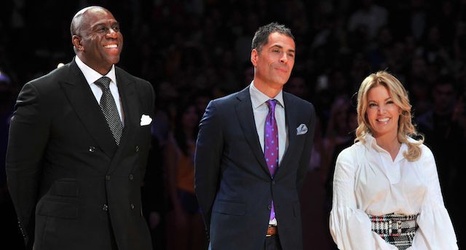 The Anthony Davis blockbuster trade has been something in the making for a few months now for the Los Angeles Lakers.

It is well remembered that Davis demanded a trade during the 2018-19 NBA season and the Lakers worked hard to get a deal done. However, the Pelicans had no intentions on dealing with then-president of basketball operations Magic Johnson, general manager Rob Pelinka, and the Lakers.

With a new front office in charge in New Orleans, the two sides were finally able to come to an agreement and both sides are excited about what is to come.