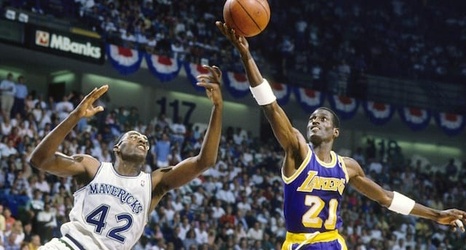 Michael Cooper has a chance to join the long list of Los Angeles Lakers legends inducted into the Naismith Memorial Basketball Hall of Fame, which includes his former teammates Magic Johnson and Kareem Abdul-Jabbar.

The No. 60 pick of the 1978 NBA Draft has been selected to the group of finalists for the Class of 2021. Cooper, who spent his 12-year career in L.A., could become the 32th Hall-of-Famer to have ever been associated with the organization.

And following his nomination, Johnson and Abdul-Jabbar made the case for the induction of the former guard and pinnacle of L.