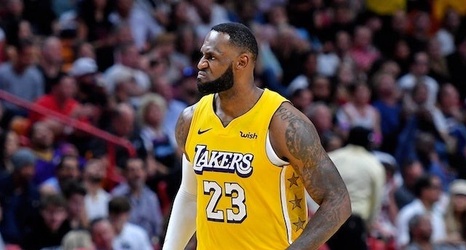 LeBron James and the Los Angeles Lakers were able to keep their undefeated record away from Staples Center going while also simultaneously ending the Miami Heat’s perfect home mark after beating them 113-110.

It was a much-anticipated matchup between two of the league’s best teams and it did not disappoint as the Lakers and Heat went back and forth for most of the night with the former barely edging out the win late.

Anthony Davis put up a double-double (33 points and 10 rebounds) while James just missed out on a triple-double (28 points, nine rebounds, and 12 assists).