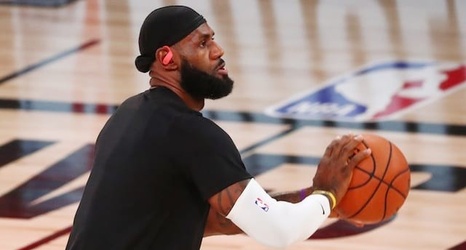 Los Angeles Lakers players have made it clear that while they are thrilled to be back playing competitive basketball, the Orlando bubble is an experience like no other.

Anthony Davis previously said the NBA restart would be as much — or more — a mental challenge as a physical one, forcing players to make numerous routine adjustments and mindset changes.

LeBron James recently touched on how the four-month hiatus gave him the chance to spend some more time with his family for the first time since his freshman year of high school. But now that he will not be able to see his loved ones for weeks due to player guest rules, James has decided to make a big adjustment by suspending his ritual social media blackout for the playoffs.