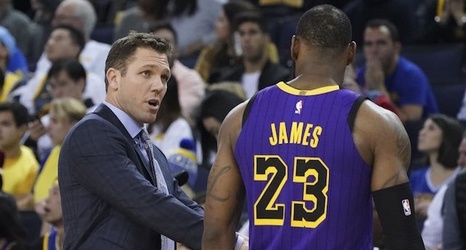 When the Los Angeles Lakers hired Golden State Warriors assistant coach Luke Walton in 2016, he was viewed as a young head coach who could grow with the young core.

However, when LeBron James signed with the Lakers in 2018, it completely changed the team’s expectations and there were constant rumors about Walton’s job security.

While Walton certainly had his shortcomings, major injuries to James and their young core as well as the Anthony Davis trade rumors completely derailed the 2018-19 NBA season.

After the Lakers reportedly fired Walton following three seasons, he was quickly hired by the Sacramento Kings.