Lakers News: LeBron James Leading NBA In Assists Has ‘Never Been A Goal Of Mine’ 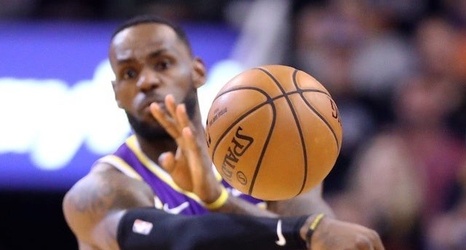 When Anthony Davis joined the Los Angeles Lakers, LeBron James decided it would be best to shift his role offensively for the 2019-20 NBA season.

And whether it was due to that decision or a necessity, James became the de facto point guard for the Lakers and it’s led to some incredible plays from the all-time great.

James letting the offense run through Davis has allowed him to rack up an incredible number of assists in the early going and through 12 games, the Lakers are 10-2 and James leads the NBA in assists.