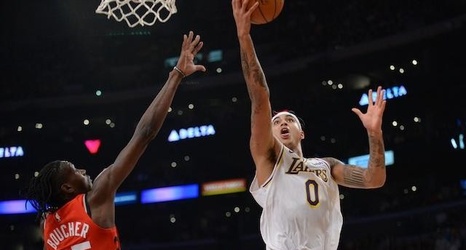 Although the Los Angeles Lakers had their seven-game winning streak snapped by the Toronto Raptors, they can take solace in the fact that Kyle Kuzma is finding his rhythm.

It is no secret that Kuzma has struggled since making his 2019-20 NBA season debut in a win against the Dallas Mavericks. Following a rough couple of games, he finally started to look comfortable against Toronto by scoring 15 points on 3-of-7 shooting from the three-point line to go with five rebounds in 24 minutes.

More importantly, Kuzma has made efforts to try and be more aggressive on the defensive end as part of one of the stingiest groups in the league.