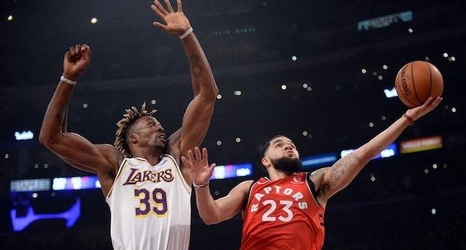 One thing that constantly followed Dwight Howard throughout his NBA career whether he was with the Los Angeles Lakers or any other team is his playful demeanor.

Howard was seemingly always laughing and joking even when it was time to be serious and this sometimes caused issues with teammates and coaching staffs.

In almost every stop, it seemed as if Howard clashed with either a head coach or teammate which is why there was concern about bringing him back to this Lakers team looking to win a championship. They even went so far as to have Howard sign a non-guaranteed deal and his willingness to do so shows his mindset about simply wanting to prove himself.