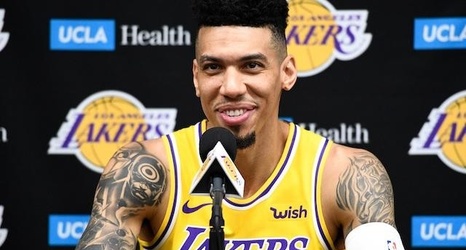 Danny Green got his first taste of what to expect playing alongside LeBron James and Anthony Davis during the Los Angeles Lakers’ win over the Golden State Warriors in the 2019 NBA preseason opener.

The Lakers put an emphasis on shoring up the three-point shooting on their roster this offseason. The signing of Green essentially solidified this notion as he will now be tasked with serving as their go-to weapon from deep in the starting lineup.

Green certainly got his fair share of open looks against Golden State as he hit 2-of-5 attempts from beyond the arc.