Lakers News: Anthony Davis Has ‘Never Been Involved So Much’ In Roster Construction Like He Was With Rob Pelinka 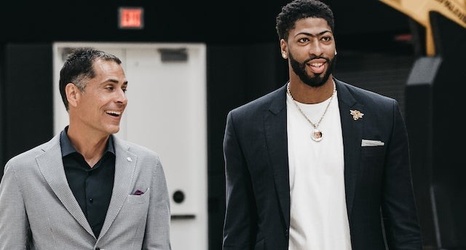 This meant they had about one max contract slot to find 11 players. After waiting for Kawhi Leonard, general manager Rob Pelinka and the Lakers were left with minimal options.

Despite that, the Lakers put together one of the league’s best rosters. The Lakers signed Danny Green, Avery Bradley, Dwight Howard, Alex Caruso, and several others to one- and two-year deals — meaning they have a championship-level core for at least the next two seasons should Davis re-sign.