Lakers News: Anthony Davis Got Kobe Bryant Tattoo As ‘Something To Remember Him By’ 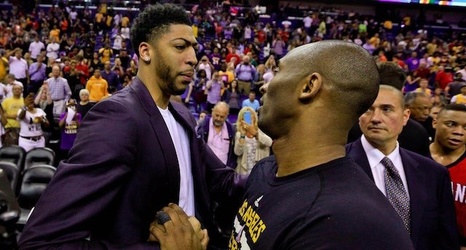 The entire Los Angeles Lakers organization was devastated by the loss of Kobe Bryant, his daughter Gianna Bryant, and seven others in a helicopter crash on Jan. 26.

However, a few within the Lakers felt his death a bit deeper than others and that includes Anthony Davis.

Davis spent the 2012 Summer Olympics with Bryant as the youngest member of the team by about four years. The leader of that team was a 33-year old Bryant, who took Davis under his wing and taught him about professionalism in the NBA.

Following Bryant’s death, Davis felt it was right to get a tattoo commemorating him and the time he spent with him at Team USA, according to Dave McMenamin of ESPN:

“It’s just crazy that I’m here playing where he built his legacy on the floor, so I thought it was something to honor him and always remember the times that we had and how I really got started in the NBA life.