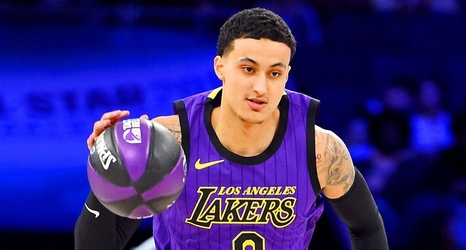 Los Angeles Lakers forward Kyle Kuzma is out indefinitely with a stress reaction in his foot, an injury he suffered while he was working with Team USA this summer, the Lakers announced.

Kuzma has not been cleared for full practice or game participation and will miss at least the first three weeks of training camp, the team said. Kuzma averaged 18.7 points and 5.5 rebounds per game for the Lakers last season.

Camp opens Saturday for the Lakers, who are traveling to China in October to take part in two preseason games with the Brooklyn Nets as part of the league's international preseason games.