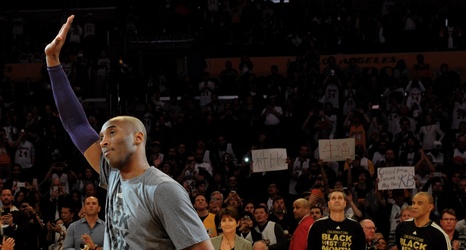 It seemed that Kobe Bryant could never satisfy his appetite for basketball enough.

He played throughout his childhood and endlessly studied the NBA’s history. He woke up at ungodly hours to expedite his development. He watched film endlessly. He lasted 20 mostly productive NBA seasons by endlessly adding nuances to his game and training regimen.

Bryant has as many as 11 games left to play, beginning with when the Lakers (15-56) host the Denver Nuggets (30-42) on Friday at Staples Center. But will Bryant satisfy his basketball fix by remaining a student of the league? Perhaps not as much as you’d think.

See full article at Inside the Lakers