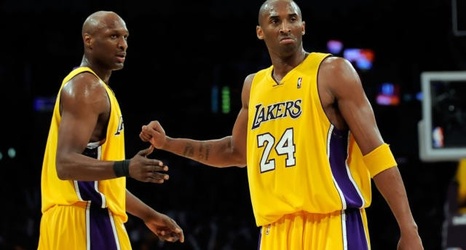 Through nine games of the 2019-20 NBA season, the Los Angeles Lakers have the best record in the league (7-2) now, but have still dealt with some injuries along the way.

While all of the attention is on Anthony Davis (shoulder), Rajon Rondo (calf) has not made his debut while Troy Daniels (knee) received an MRI after their recent game.

Although Davis clearly reaggravated his shoulder against the Toronto Raptors, he downplayed the severity of it.

“It has gotten much better,” Davis shared. “Just when you’re playing and you get hit or reaggravate it, you kinda take a couple of steps back.