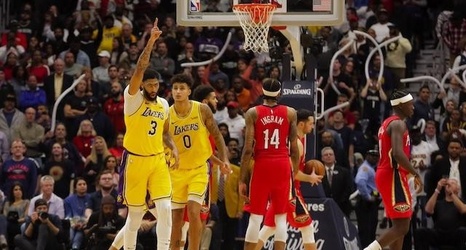 The boos for Anthony Davis were constant all night, but by the time the final buzzer rang, the cheers of the Los Angeles Lakers fans in attendance overshadowed everything else.

Anthony Davis scored 41 points which was the most by any player in their first game against a former team and iced the game with a late steal as the Lakers concluded their four-game road trip with a 114-110 victory over the New Orleans Pelicans — their ninth consecutive win.

The Pelicans faithful were out in full force in Davis’ return to New Orleans for the first time since being traded to the Lakers this summer.