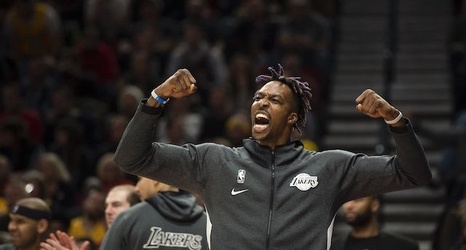 With Carmelo Anthony recently having his non-guaranteed deal converted to a fully guaranteed one, some have looked at the Los Angeles Lakers and wondered why the same hasn’t happened with Dwight Howard yet.

Without a doubt, Howard has exceeded all expectations in his return to Los Angeles during the 2019-20 NBA season.

His numbers have been solid, but his impact stretches far beyond the box score as he has given the team another big body in the paint and has added to the defensive identity of the Lakers.

Ramona Shelburne of ESPN has an idea as to why the Lakers haven’t yet made Howard’s deal fully guaranteed yet, noting it was the idea of Howard and his representatives to take a non-guaranteed deal in the first place:

“I think with Dwight… it also goes back to why the Lakers signed that contract with him that way in the first place.