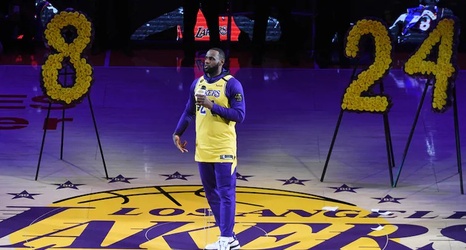 At the apex of arguably the most painful week in franchise history, Kobe Bryant’s memory permeated every last corner of the house he built.

His legacy was felt everywhere – from the trumpets on the corner of Figueroa and Chick Hearn Court to the knot in ageless Lakers P.A. announcer Lawrence Tanter’s throat.

It resided on the shoulders of LeBron James, who pushed back tears to grab the microphone and address a crowd broken with sorrow, reeling from the absence of the city’s most beloved son.

James read the names of the nine people who perished on that fateful Sunday morning and then tossed the rest of his notes, the result being a powerful message that made eyes well, yes, but also touched souls in a way that eventually could get them on the path of healing.