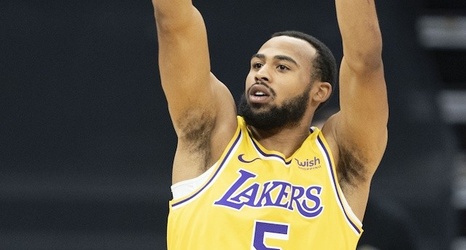 The Los Angeles Lakers announced that they have officially extended a qualifying offer to Talen Horton-Tucker, making him a restricted free agent if he declines, which is expected to be the case.

This move comes as no surprise and is mainly just procedural as the Lakers were never going to renounce Horton-Tucker’s rights, already expressing interest in bringing him back for next season and beyond.

The Lakers originally drafted Horton-Tucker in the second round in 2019 as an 18-year-old out of Iowa State with a lot of upside. They were only able to give him a two-year rookie contract though, so he is now a restricted free agent after not playing a ton of minutes in his two seasons with the team.