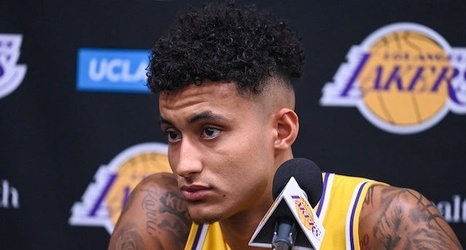 The Los Angeles Lakers have officially exercised their team option on Kyle Kuzma for the 2020-21 NBA season.

Originally the No. 27 pick in the 2017 NBA Draft by the Brooklyn Nets, Kuzma was traded to the Lakers along with Brook Lopez for D’Angelo Russell and Timofey Mozgov.

During Kuzma’s rookie season, he established himself as the steal of the draft. In 77 games (37 starts) for the Lakers, he averaged 16.1 points and 6.3 rebounds in 31.2 minutes en route to 2018 NBA All-Rookie First Team honors.

LeBron James scores 18 points as the Lakers get the win over the Warriors, 126-93.