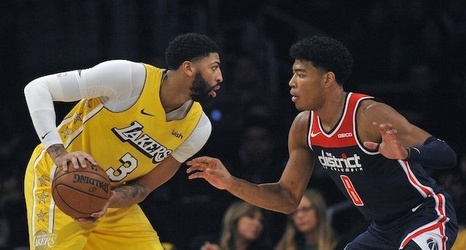 Behind double-doubles from LeBron James and Anthony Davis in just three quarters, the Los Angeles Lakers defeated the Washington Wizards.

The Wizards boast one of the most potent offenses in the league and it was apparent early on as they raced out to a 15-4 lead behind four careless turnovers from the Lakers. However, they put together a 12-2 run to bring the game back within one midway through the quarter.

The run seemed to energize the team as they limited Washington to only eight points for the remainder of the period while their hot three-point shooting stretch continued as they knocked down 5-of-9 from downtown.