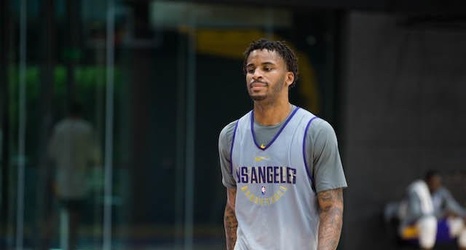 The Los Angeles Lakers announced Thomas Bryant and Ivica Zubac were again assigned to its G League South Bay affiliate, while Vander Blue was called up and added to the active roster.

Bryant’s and Zubac’s stay in Los Angeles was short-lived, as the pair’s recent NBA stint lasted all of two days. They each received one minute of playing time on Friday night against the Clippers, though only Bryant managed to get a shot off in the limited opportunity.

The South Bay Lakers receive a boost with the returns of Bryant and Zubac, who are expected to be in uniform for Saturday’s home game against the Salt Lake City Stars.