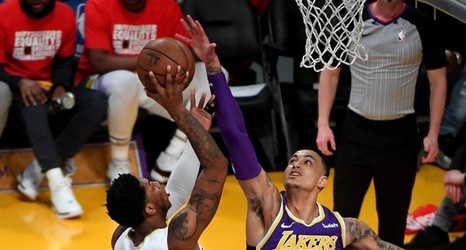 In this episode of the Laker Film Room Podcast, Pete and I talk about Kyle Kuzma, his struggles start to the season, and try to get to some of the roots of his issues and what he could be doing better.

In talking about Kuzma’s return from injury, we also discuss differences between issues that are related to missing training camp, preseason, and the start of the regular season and issues that might be inherent to Kuzma and things he’ll need to “grow out of” or areas where he can mature as a player — particularly to be part of closing lineups on a defensive oriented team that has championship aspirations.