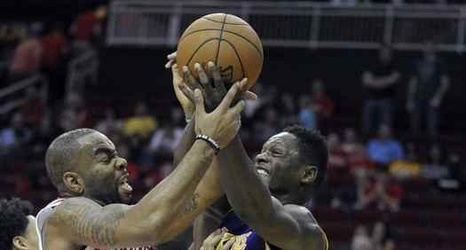 The highlight reels usually show Lakers second-year forward Julius Randle overpowering his opponents. But small cracks have emerged in his study frame ever since grudgingly accepting a bench role.

After his 20-point, 12-rebound outburst in the Lakers’ overtime loss last week in Minnesota, Randle has followed up the next two games averaging 5.5 points on 20 percent shooting and 8.5 rebounds.

“What did I do the previous two games?” Randle said. “I’ve made so many shots so many times that I’m not worried about it. They’re not going in right now. But I’ll keep attacking.