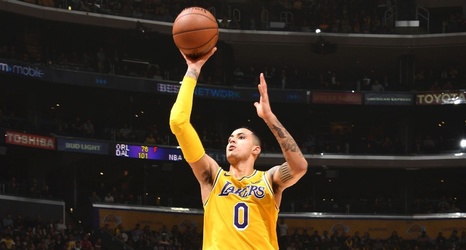 After participating on Wednesday in a practice with the South Bay Lakers, the Lakers' G-League affiliate, Kuzma went through his first practice with his Lakers teammates on Thursday prior to the team's flight to Dallas.

"Yesterday was kind of the most running I've done so to wake up and not really have too much discomfort was a good sign," Kuzma said. "Getting out here and doing the same thing [on Thursday] and so, hopefully it's the same for tomorrow's game.