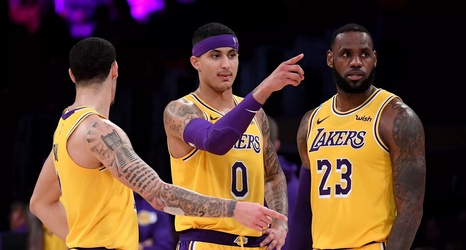 The injury bug has followed the Los Angeles Lakers this season with almost as much consistency as Lawrence Frank appears wherever Kawhi Leonard might be. It’s felt as if anytime someone comes back from injury, another guy tweaks something, forcing some other adjustment to have to be made.

Most recently, the player who finds himself on the sidelines thanks to an injury has been Lonzo Ball, who has missed a couple weeks already with a sprained ankle and will probably miss more time. Kyle Kuzma and LeBron James think the Lakers have felt Ball’s absence heavily, specifically on the defensive side of the court.