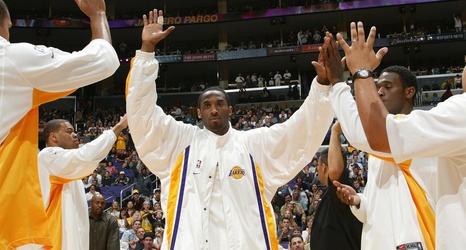 There aren’t many teams against whom Kobe did not hit game-winning shots, right?

The Milwaukee Bucks aren’t exempt, and since there isn’t a especially remarkable matchup between the two franchises that I can recall*, let’s take a closer look at two daggers he hit to beat Wisconsin’s team in 2009, and 2004.
*A potential Finals clash this season between the No. 1 seeds in the East and West would obviously take the cake!

The 2009 version came in my second season covering the Lakers, a campaign I remember most for – NBA championship aside, of course!