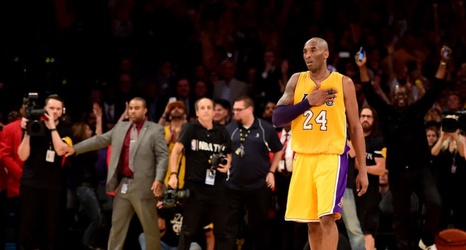 LOS ANGELES, CA - APRIL 13: Kobe Bryant #24 of the Los Angeles Lakers waves to the crowd as he is taken out of the game after scoring 60 points against the Utah Jazz at Staples Center on April 13, 2016 in Los Angeles, California. NOTE TO USER: User expressly acknowledges and agrees that, by downloading and or using this photograph, User is consenting to the terms and conditions of the Getty Images License Agreement. (Photo by Harry How/Getty Images)

There’s a certain magic that only happens when a group of people are in a like-minded space together like on April 13th, 2016.