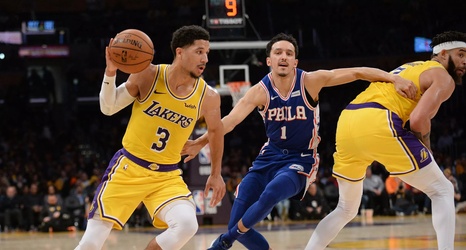 The Los Angeles Lakers announced that shooting guard Josh Hart has received a PRP injection to treat tendinitis in his right knee and that he will be re-evaluated after the NBA All-Star break.

Hart is averaging 8.5 points, 3.9 rebounds and shooting 33.9 percent on threes this season, but he has been noticeably hampered by his tendinitis recently, so it makes sense that the Lakers would shut him down and try to get him healthy using the eight days they have off between their final game before the NBA All-Star break and their first game afterwards.