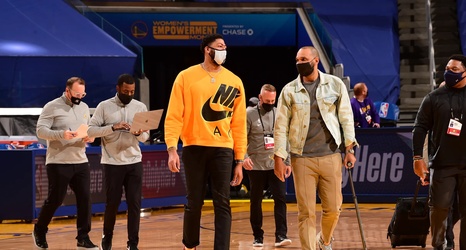 On Sunday, the Los Angeles Lakers announced that Jared Dudley had suffered a right MCL tear. Since then, Dudley has evaluated his treatment options and decided that surgery isn’t something that he’s interested in at the moment.

“Most torn MCLs, you don’t have surgery, to be honest with you,” Dudley said before the Lakers played the Golden State Warriors on Tuesday. “So for me, right now, my mindset is to not have surgery; it’s to rehab, give my body 3-4 weeks and then reassess in those 3-4 weeks.”

With or without surgery, Dudley’s season is likely over, but he still wants to be around the team, which was the motivating factor in his decision to not have surgery.