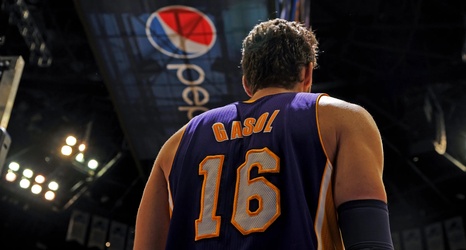 This column was originally published in May of 2020, but we are republishing it in the wake of the news that Lakers legend Pau Gasol is retiring today. Original story follows.

The barrier to entry for getting a jersey retired by the Los Angeles Lakers is incredibly high.

Only ten players have had their jersey number retired in franchise history (11 numbers total, due to Kobe Bryant’s two). All ten of them are Hall of Famers. The majority of them won multiple titles with the Lakers, and they weren’t just along for the ride — every player was a multiple-time All-Star, and the majority made multiple all-NBA teams.