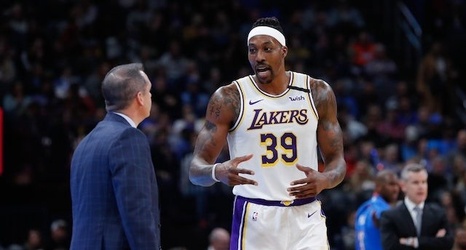 The bounceback 2019-20 NBA season that Dwight Howard is having in his second stint with the Los Angeles Lakers has been nothing short of amazing.

Many believed that Howard had nothing left in the tank after his last few seasons that were filled with injuries and struggles when on the court.

Howard has proved many wrong and his play has been one of the best stories in the NBA this season. Howard has shown that he can still make an impact in a major way while also becoming one of the most beloved teammates on the roster.