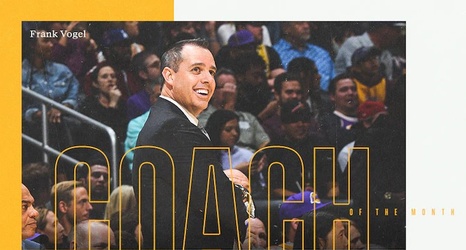 Vogel led the Lakers to an NBA-best 17-2 (.895) record to begin the season, tying the team’s best 19-game start in franchise history. Los Angeles put together a conference-leading 10-game win streak to close the month, and the team’s 14 wins in November were the most by the franchise in a single month since March 2000. The Lakers averaged 112.8 points over the span, outscoring opponents by an average of 9.