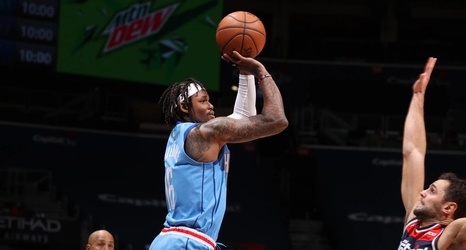 The Los Angeles Lakers filled their final roster spot on Tuesday by signing Ben McLemore to a contract for the remainder of the season.

McLemore, the No. 7 pick in the 2013 NBA Draft, hasn’t exactly lived up to his pre-draft hype, but he’s carved out a nice role in the NBA as a 3-point specialist. Last season with the Houston Rockets, McLemore shot 40% from behind the arc in the regular season while averaging 6.4 3-point attempts per game. Through 11 games in the postseason, he shot 38.9% from deep on 3.