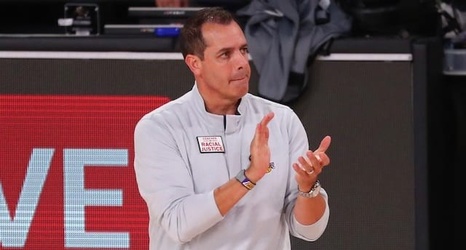 The start of the NBA playoffs is just around the corner, although the Los Angeles Lakers are still trying to recapture their form from before the shutdown that helped them earn the No. 1 seed in the Western Conference.

The Lakers were defeated by the Indiana Pacers on Saturday, dropping to 2-4 in their seeding games thus far. LeBron James had his best performance in Orlando, scoring 31 points to go along with eight rebounds and seven assists on 13-of-24 shooting in 35 minutes, but the Lakers’ role players have still struggled around him.

One thing that has been noticeable in these seeding games is that head coach Frank Vogel is still searching for rotations that work.