Frank Vogel calls Lakers ‘the most competitive, talented defensive roster’ he has ever coached. Is he right? 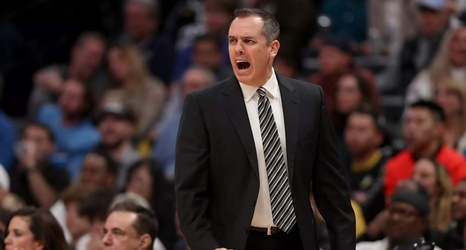 LOS ANGELES — Before the Lakers beat the Minnesota Timberwolves on Sunday night, head coach Frank Vogel took a question about how competitive his team has been and used it as an opportunity to gush about how special he thinks this team is defensively.

“It’s the most competitive, talented defensive roster I’ve ever coached,” Vogel said. “The depth that we have, the perimeter defense that we have. The IQ with LeBron (James) quarterbacking everything in the game and pregame, and helping with establishing the plans and everything. We have a high ceiling on that end of the floor.